Untitled, directed by Michael Glawogger and Monika Willi, the big winner at Pelicam 2018 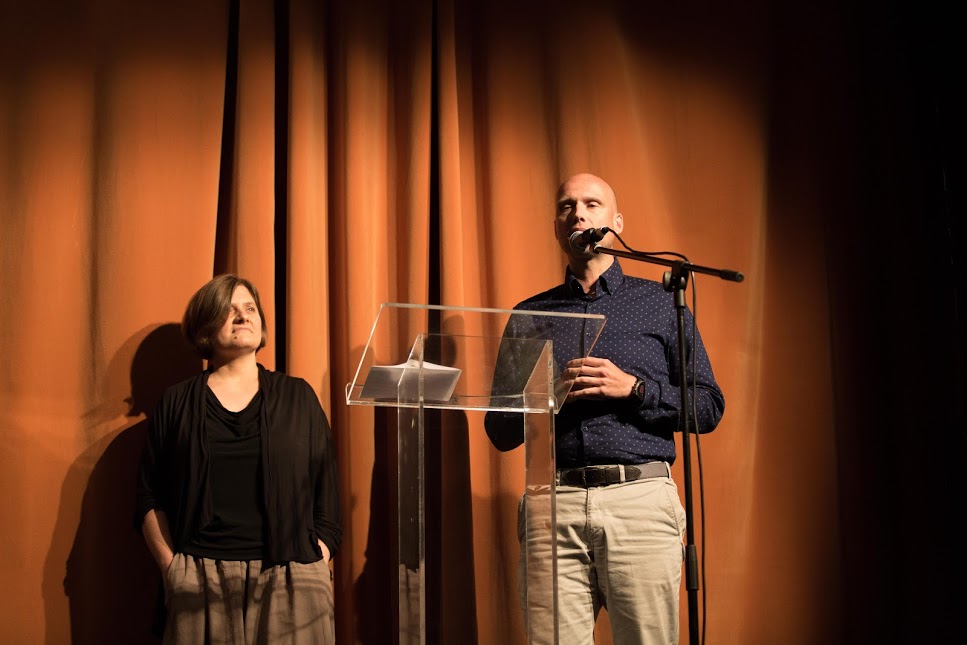 Untitled, Braguino, Delta, Little Yellow Boots, The Ashes Remain Warm are the winners of this year’s edition of Pelicam. The festival announced its winner, Sunday, 24th June, after four days of films, debates and other special events in Tulcea.
The Pelicam 2018 Award has been given to Untitled (Michael Glawogger, Monika Willi, Austria, 2017). The jury was made of director Andrei Ujică, journalist Sven Egenter and the director of Verzio, the International Film Festival about Human Rights, Oksana Sarkisova. Although they had to choose among the six documentaries that took us from the Arctic to the Congo mines, the jurors decided unanimously and in just 60 seconds that this film during which the director lost his life deserves the highest distinction.

The film gives testimony to Michael Glawogger’s radical honesty about himself and the world, as well as his approach to filmmaking as a definitive existential act – so radically, that he pursued it up to his death. Monika Willi has finished his work in a highly respectful and sensitive way, creating a movie that stands as his testament. The film ultimately is an archive of Glawogger’s last journey as much as an embodiment of an existential journey itself, said the jury.

The award consists of 2000 euros offered by Tulcea City Hall.

The Black Sea Docs Competition, judged by the director Andrei Dăscălescu, Erika Stanciu, director of the Pro Park Foundation for Protected Areas, and Nicolas Guignard, director of the International Film Festival Vert from Switzerland, was won by the documentary Braguino (Clément Cogitore, France / Finland 2017). We were touched by the story of this family that almost lives in complete autarchy and respect for nature, and who is threatened by corrupt politicians, hunters and greed. This is an example of what happens in many other places in the world. The film is complemented by beautiful images and a lot of tension, said the jury.
The award consists of post-production services amounting to 3000 euros for the next film of the director and is being offered by Cinelab Romania.

The Black Sea Docs Jury also offered a special mention for Delta (Oleksandr Techynskyi, Ukraine, 2017), the director being considered a filmmaker who discreetly, poetically and cinematically captures the lives of common, but also extraordinary characters. Oleksandr Techynskyi, present at the festival, was twice happy, once for the prize, and secondly because he finally visited the other shore of the Delta after filming for years in the Ukrainian side.

The jury of short film section was made of journalist Paul Radu, editor-in-chief at Rise Project, Boglárka Nagy, cinema programmer Elvira Popescu, and Vincent Marti from Sophie Dulac distribution company. They decided that the 500 Euro Prize offered by the National Cinema Center goes to the The Ashes Remain Warm (Mónica Martins Nunes, Cape Verde / Portugal / Germany, 2017). The jury motivated their decision with the fact that the film reveals the juggling act that humans perform in their destructive relationship with nature.

The jury of five adolescents from Tulcea, coordinated by director Vlad Petri, decided that the Fresh Perspectives Award is going to the Little Yellow Boots (John Webster, Finland / France, 2017). The jurors said the documentary manages to synthesize a general issue, global warming, and its consequences. Moreover, the director engages the audience’s empathy, stimulating us to take action to combat climate change. The prize amounts to 500 Euros and is offered by the Partnership Foundation.
Filmmaker John Webster, present at the festival, was honoured and glad to receive the award from the representatives of a younger generation, all the more so as his film is precisely about them.

We are extremely honoured and it is a privilege for us to be able to host such a festival for a seventh edition. I want to thank all those who have been involved in this festival and we guarantee that as long as we can, we will be with Pelicam, the theme being so present, but also controversial that we once again consider ourselves lucky that we can be part of this with you, said the mayor of Tulcea, Constantin Hogea.

We are glad that we managed to cover more areas this year, for the first time we had screenings in schools for 10 days, we were in two localities, outside Tulcea, and in Tulcea we had film nights in the neighbourhoods. Thus, the festival expands, the number of viewers increases, as well as its visibility. We hope the festival will become more appealing and lively, and that the local audience will resonate more with our message. We have again been able to bring guests from many countries to enrich the public’s experience. From such movies, it’s always hard to choose, but our juries have shown their skill, and we have awarded again the most thought-provoking documentaries about the environment and people, added Benjamin Ribout, co-director of the festival.

Previous
Pelicam 2018 begins today: four days of films, debates, exhibitions, concert
Next
The best films from Pelicam 2018 can be seen in Bucharest between 20th and 23rd September