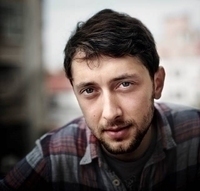 Radu Corniciuc is a journalist, member of Casa Jurnalistului- a community of young reporters who set the foundations for new journalism in Romania. He has written articles and made films for the national and international press. In 2015, he won, along with a team of journalists from Channel 4 News, awards like Amnesty International, One World Media Award and the Royal Television Society Award – for a movie about orphans living in the underground of Bucharest.