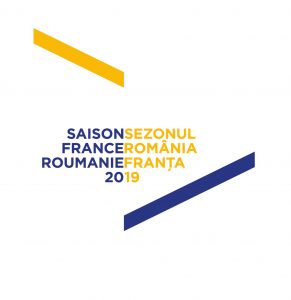 The programme presents a special selection of French documentaries, as well as a series of meetings with French filmmakers and environmental experts.

The films presented at Pelicam as part of Romania – France Cultural Season:

-Le temps de forêts / The Time of Forests . Screened out of competition, in the presence of its director François-Xavier Drouet. Shown at the prestigious Locarno Film Festival where it nabbed the Semaine de la critique award, the documentary depict the state of French forests: idyllic landscapes that suffer for years from an intensive process of industralization.

–The Empire of Red Gold. Screened as part of the Fresh Perspectives competition, in the presence of its director, Jean-Baptiste Malet. The film show the process that made the tomato a global multibillion industry and the effects this approach has on the world.

–The Carnivore’s Dilemma. Screened in the Fresh Perspectives competition. The film paints a wide image of what it means to eat meat: from the intensive industrial models that will never harmonise with nature to the possible sustainable alternative that might hold the secret of how to change this market.

–Zones Humides / Wetlands. Screened out of competition, in the presence of its directors Boris Claret and Isabelle Dario. The film follows the mobilisation of an entire “army” of ecologists, biologist, hydrologis, farmers and other experts that want to bring back to life a remarkable area in terms of biodiversity and resources: the wetlands of the French region of Tarn et Garonne.

The guests taking part in the festival as part of the Romania-France Cultural Season are:

Jean-Guy Henckel, France’s top organic farmer and the director and founder of Cocagne Network, a special network which helds benefits for both local and ecological producers, but also for the consumers that opt for organic products. Jean-Guy Henckel is part of the jury for the official competition of this edition.

François-Xavier Drouet, a documentary filmmaker. He has done a MA degree in documentary filmmaking at Lussas, after studying social sciences. He lives and works on the Millevaches plateau, where a part of The Time of Forests was filmed. He co-directed with Teboho Edkins Gangster Project (2011) and Gangster Backstage (2013).

Jean-Baptiste Malet, is an investigative journalist collaborating with Le Monde diplomatique. He has written several books and directed documentaries, including a survey of Amazon (In the Amazon) and another on the geopolitics of industrial tomato concentrate (The Empire of Red Gold), translated into several languages. The latter has received the Albert London Prize in 2018 and is the basis for his documentary film, together with Xavier Deleu, which will screen in the Fresh Perspectives competition.

Boris Claret, a filmmaker focusing on social issues, development and the environment. He collaborates for ten years with the production structures: Lapilli Films, Films de la Castagne and with the association of film education La Trame. His work on deforestation and renewable energies in the Sahel (1999/2007) led him to carry out missions of international expertise in communication on energy and the environment. His film Wetlands will be screened out of competition.

Isabelle Dari0, a documentary filmmaker who focuses on environmental, architectural, historical and cultural issues. In parallel, she works as an editor, collaborating with loyal directors, but also with young filmmakers to whom she shares her experience of over 30 years of documentary writing and filmmaking. She has been regularly asked to share her expertise in various academic and professional training sessions.

François Dulac, a French specialist on environmental engineering and a member of the French laboratory on Climate and Environmental Studies. He is also the coordinator of an international programme on atmospheric chemistry and its impact in the Mediterranean Region. He is a guest in the Pelicam Talk on climate change.

Pelicam Talks – “Forests and their resources”. Because protecting forests is a common mission that knows no borders and is also a very important topic in Romania, the Pelicam Talk about Forests and their resources will have a larger frame of discussions thanks to the following guests: Greenpeace România, Romana Puiuleț co-founder Rise Project, and François-Xavier Drouet, the director of  The Time of Forest.

Pelicam Talks – “Intensive farming”. The special guest of this debate is Jean-Guy Henckel, the founder and director of Réseau Cocagne. Other guests bringing in their experience are journalist and filmmaker Jean-Baptiste Michelet, and Attila Szőcs, the president of Eco Ruralis – In Support Of Peasant Farming. Being concerned with the impact of industrial agriculture on the environment and the deterioration of rural space, at Eco Ruralis, Attila studied the problem of land grabbing in Romania and Eastern Europe, and coordinates the association’s programme on peasants right to land.

Pelicam Talks – “Climate change”. The speakers include researcher François Dulac, French expert in environmental engineering, and Bogdan Gioară,  founder of Reper 21, an organisation founded as a result of his interest in promoting susteinable development.