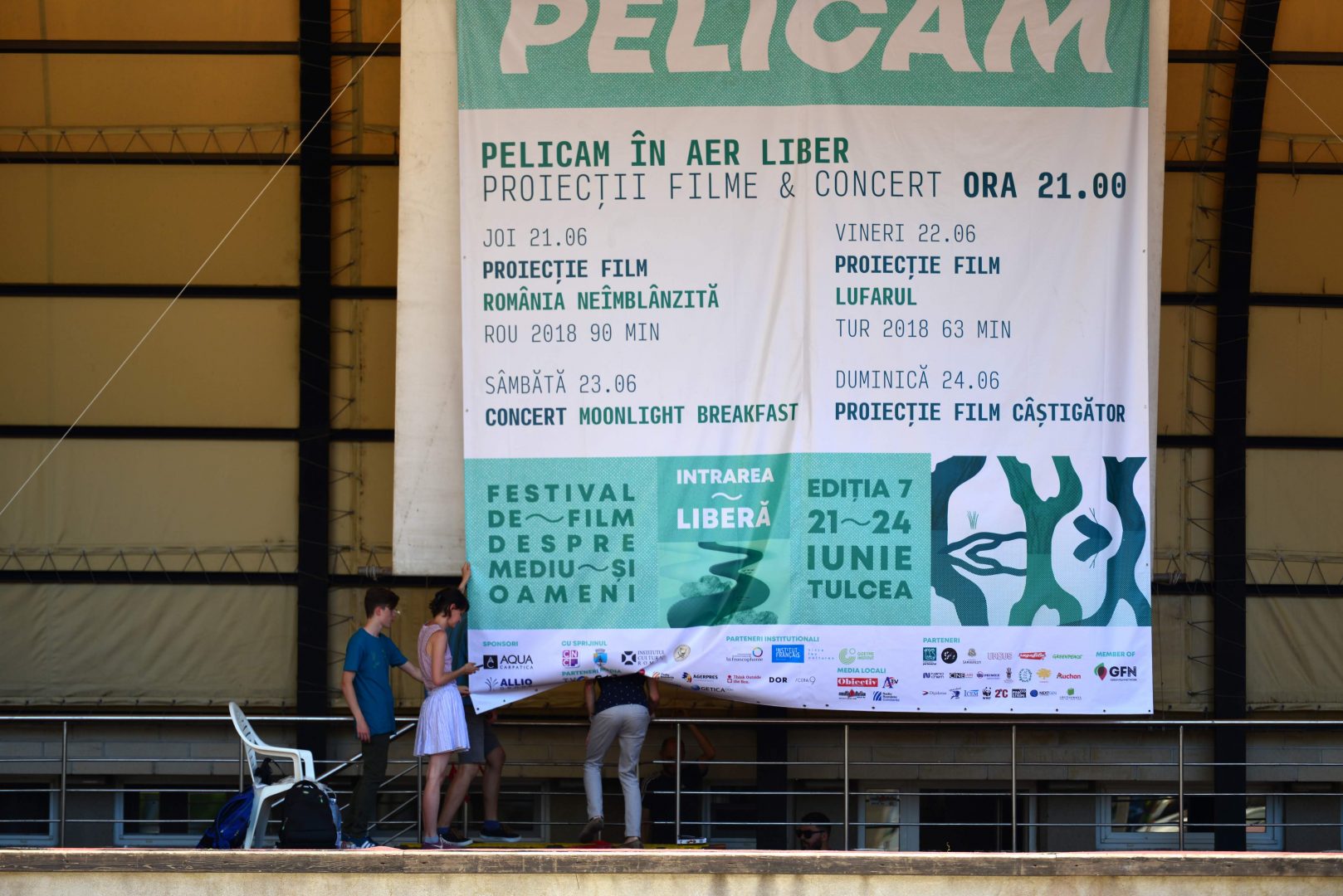 Thursday, 21st June, is the first day of the festival dedicated primarily to the Tulcea audience who is invited to two outdoor screenings. In Mircea cel Bătrân Square, we will be screening Untamed Romania (Tom Barton-Humphreys, Romania, 2018), a film produced by Auchan Retail Romania, a partner of the festival. Weit: The Story of a Journey Around the World (Gwendolin Weisser, Patrick Allgaier, Germany, 2017) will screen at PeliCamp, on the shore of Lake Ciuperca.

On Friday, 22nd June, the Pelicam programme features several out of competition films, but also films from Fresh Perspectives and the official competition. Two of the films in the Fresh Perspectives section can be seen at the Jean Bart Cultural Centre: Not Without Us! (Sigrid Klausmann, Germany, 2016) and Sea of Life (Julia Barnes, Canada, 2017). At 19.30, the opening ceremony of the festival will begin, followed by the film Genesis 2.0 (Maxim Arbugaev, Christian Frei, Switzerland/China/Russia/South Korea/ USA, 2018) At PeliCamp, we will screen another film from the official competition: The Age of Consequences (Jared P. Scott, USA/ Germany/ Spain/ Jordan, 2016) from 21.30.

Saturday, 23rd June, is a full day at Pelicam, with not only a lot of movie screenings, but also special events. The first film in the programme is from the official competition, The Congo Tribunal (Milo Rau, Switzerland / Germany, 2017). At the Museum of Art we can see a movie from the Black Sea Docs competition – Bluefish (Mert Gökalp, Turkey/Portugal/UK/Greece/Croatia, 2017), followed by a movie from the Fresh Perspectives Competition – How Expensive Is Nature? (Daan Veldhuizen, Netherlands, 2017) in the presence of the director who will answer questions from the audience. Another director who will be at Pelicam and will answer the questions of the public is Taylan Mintaş, who presents his documentary Brothers of Silence (Turkey, 2017).

At the Museum of Art, the first Pelicam Talks – The Price of Nature will take place following the screening of Who Owns Nature? (Alice Agneskirchner, Germany/ Canada, 2018). The second Pelicam Talks is Climate and the Future, which will take place after the screening of Little Yellow Boots (John Webster, Finland/ Germany/ Russia/ Norway/ Latvia, 2017). The Avramide House is the place for several special events throughout the day: the work-in-progress screening of Home – The Film about the family from Văcărești Delta, the release of the book Uninspired Food Choice by the Italian writer Marco Pizzuti, a workshop for teenagers In a Relationship and more.

The list of directors invited to Pelicam continues with Tuna Kaptan, who presents his film Turtle Shells (Germany, 2017) in the shorts competition, as well as Oleksandr Techynskyi, who will answer the questions of the audience after the screening of his film, Delta (Ukraine, 2017), from the Black Sea Docs competition.

We end the day in PeliCamp with the screening of Virgo (Lise Hendrix, Vlad Săcăleanu, Romania, 2018), and in Mircea cel Bătrân Square we invite you to the Moonlight Breakfast concert.

Sunday, 24th June, is the last day of the festival, but also a very rich one in films, debates and events. The day begins at the Jean Bart Cultural Centre with the screening of the film Kolyma – Road of Bones (Stanislaw Mucha, Germany, 2017), from Black Sea Docs. The day continues with a special film in the official competition – Untitled (Monika Willi, Michael Glawogger, Austria, 2017.). The third Pelicam Talks about The Value of Waste will take place after the screening of the film Through My Rear Window (Salvo Manzone, Italy / France, 2017), in the presence of the director. At 18.00, we invite you to the festival’s award ceremony at the Jean Bart Cultural Centre, followed by the film The Last Honey Hunter (Ben Knight, Nepal, 2017). The award-winning films will be screened in Mircea cel Bătrân Square and PeliCamp.

The programme of the festival can be found here.